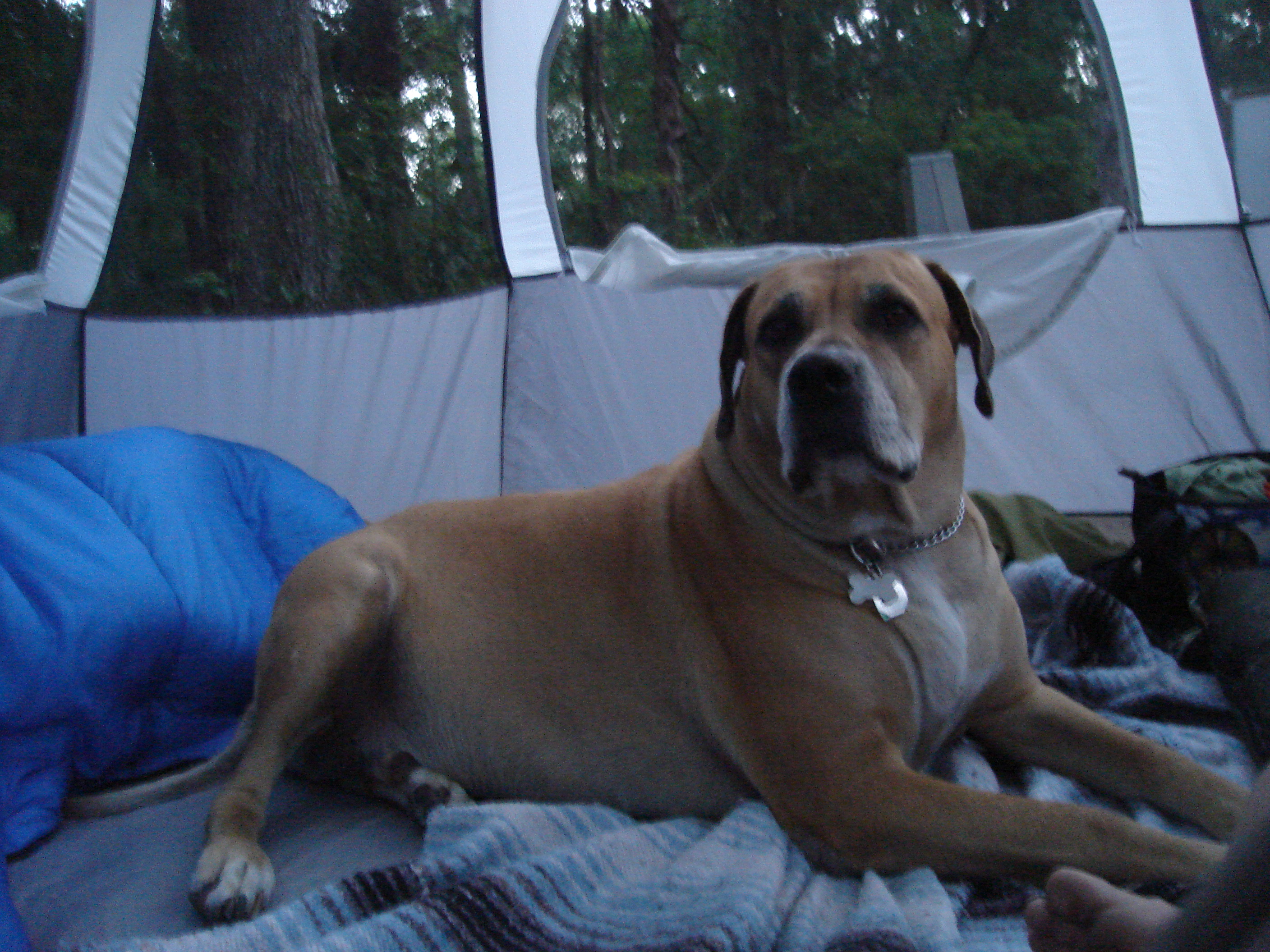 Bo, a Rhodesian Ridgeback/Mastiff mix was one of the “founders” of NAC. Almost never missing a camp or hike in his prime. He was a rescue through Ridgeback Rescue and we were so blessed to have him join our family. Bo came to have his own “fan base” and was dearly loved and loved freely in return. 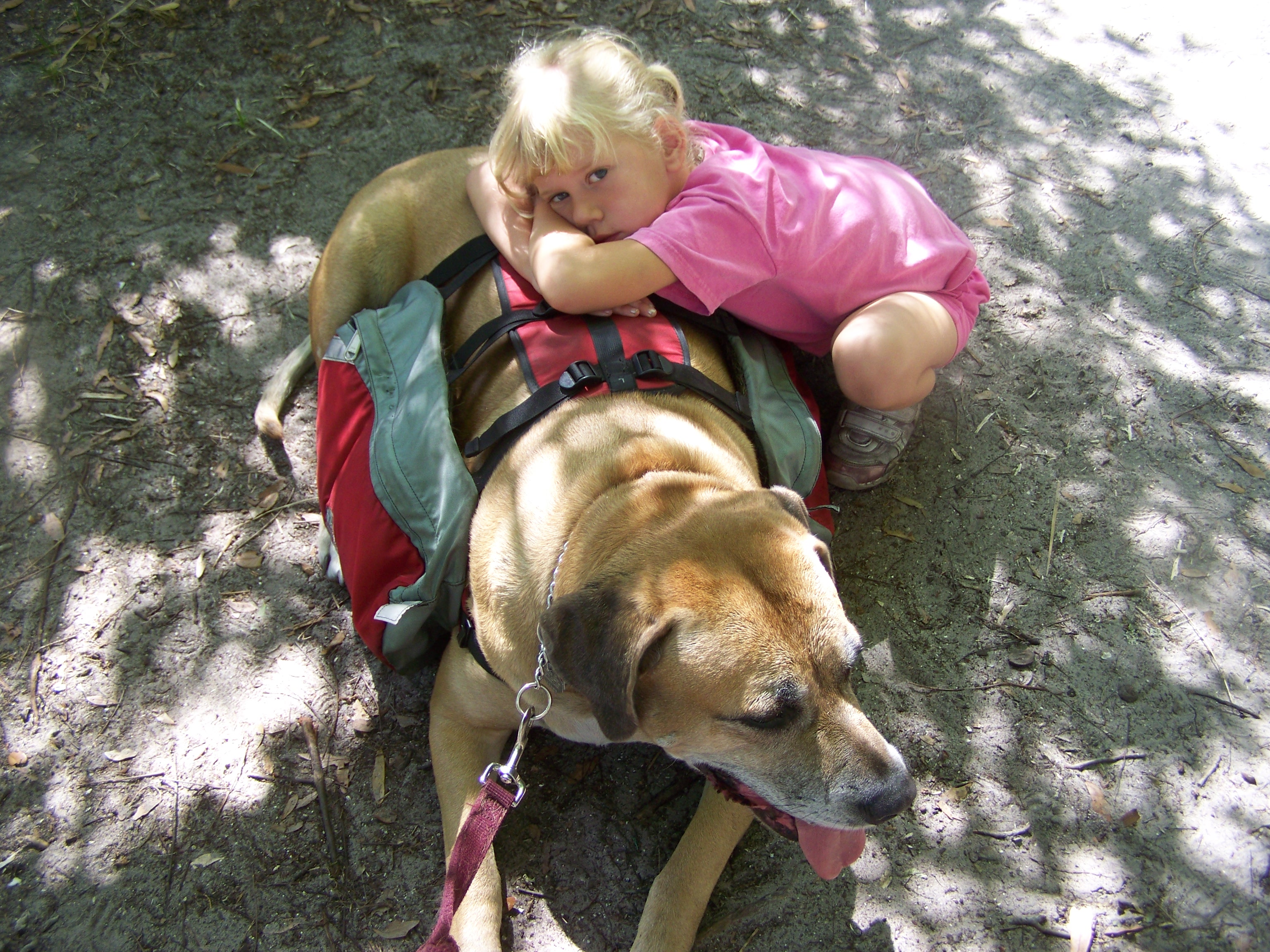 Sadly in March Bo, who was now nearly 16 years old , was laid to rest. Our hearts ache knowing we will not have our hiking buddy near any longer and we want to thank him for his years of loyal service. 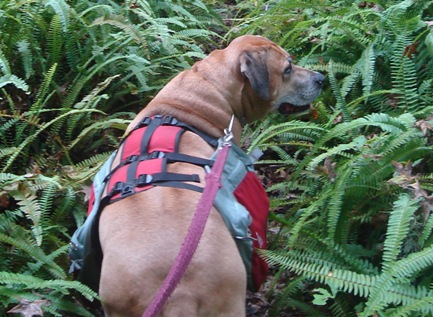 Happy Trails Bo! Thank you for all the joy, companionship and love you gave so freely over the years!

Jeanene was born in Pittsburgh, PA. As a young child her family was very active in the outdoors. Things changed when her parents decided to travel down different paths in life and with that decision so went many of the opportunities to enjoy the outdoors. Being lucky to live in the suburbs Jeanene always had a backyard to play in and loved being outdoors. As the years passed she took every opportunity to be outdoors. She bought land in Tennessee and as a single mom moved her young daughter to the mountains. The were many life lessons learned on that mountain. There was no plumbing on the property – or even a house, but that did not stop her. She learned to live off of what was available and built her own cabin from the trees on her property. Those were rough years but the most rewarding. Now Jeanene resides in Tampa, Fl. and works as an office manager full time….but still yeans to be outdoors. Jeanene started “Not a Clue Adventures” to teach everyone she could how wonderful the outdoors are! That camping and fishing and hiking can be done by everyone and at many different levels. Single mom’s no longer have to be afraid to take their sons and daughters outdoors. By working with young couples, single parents and even seniors, she gets to teach others about her love for the outdoors and hopes to open their eyes to new adventures. In 2009, Jeanene completed certification as a Leave No Trace Instructor. She also works closely with the National Wild Turkey Federation (NWTF), Florida Fish and Wildlife Commission (FWC) and the Florida State Parks. Jeanene is also certified in First Aid/Adult CPR.
View all posts by notacluegal →
This entry was posted in About us. Bookmark the permalink.